Description
Internationally acclaimed Martha Grimes once again turns her hand to crafting a story of such rich atmosphere and intricate suspense that she transports the reader to a world unlike any other.A once-fashionable, now fading resort hotel. A spinster Aunt living in an attic. Dirt roads that lead to dead ends.  A house full of secrets and old, dusty furnishings, uninhabited for almost half a century. A twelve-year-old girl with a passion for double-chocolate ice-cream sodas, and decaying lake-fronts, and an obsession with the death by drowning  of another young girl, forty years before.Like all important events in the past, there are repercussions and ramifications in the present. In the world as seen by Martha Grimes, those repercussions simmer and seethe and wind their way through hearts and souls. The ramifications can be subtle. Or exhilarating. Passionate. And they can also be deadly.        Hotel Paradise is a delicate yet excruciating view of the pettiness and cruelty of small town America. It is a look at the difficult decisions a young girl must make on her way to becoming an adult and the choices she must make between right and wrong, between love and truth, between life and death. It is a novel with extraordinary range and depth that ultimately becomes a thrilling morality play.With its narrative grace, its compelling characters, and its moment-to-moment suspense, Hotel Paradise is Martha Grimes at the top of her form.
Also in This Series 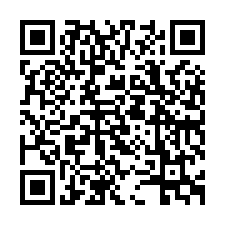