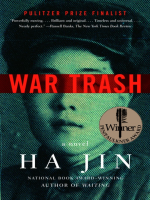 Description
War Trash, the extraordinary new novel by the National Book Award–winning author of Waiting, is Ha Jin’s most ambitious work to date: a powerful, unflinching story that opens a window on an unknown aspect of a little-known war—the experiences of Chinese POWs held by Americans during the Korean conflict—and paints an intimate portrait of conformity and dissent against a sweeping canvas of confrontation.

Set in 1951–53, War Trash takes the form of the memoir of Yu Yuan, a young Chinese army officer, one of a corps of “volunteers” sent by Mao to help shore up the Communist side in Korea. When Yu is captured, his command of English thrusts him into the role of unofficial interpreter in the psychological warfare that defines the POW camp.

Taking us behind the barbed wire, Ha Jin draws on true historical accounts to render the complex world the prisoners inhabit—a world of strict surveillance and complete allegiance to authority. Under the rules of war and the constraints of captivity, every human instinct is called into question, to the point that what it means to be human comes to occupy the foremost position in every prisoner’s mind.

As Yu and his fellow captives struggle to create some sense of community while remaining watchful of the deceptions inherent in every exchange, only the idea of home can begin to hold out the promise that they might return to their former selves. But by the end of this unforgettable novel—an astonishing addition to the literature of war that echoes classics like Dostoevsky’s Memoirs from the House of the Dead and the works of Siegfried Sassoon and Wilfred Owen—the very concept of home will be more profoundly altered than they can even begin to imagine.
Also in This Series 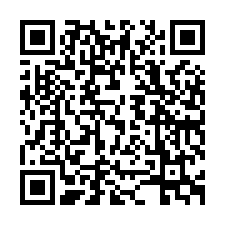