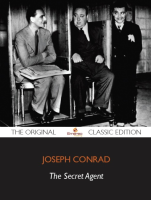 Description
Joseph Conrad's 1907 novel, "The Secret Agent," is a difficult little book. It's story is difficult and its characters are largely unpleasant. By difficult and unpleasant, I don't mean to say the novel isn't any good. Far from it. These terms I mean to denote the impenetrability of motive, of sense. The story of a group of anarchists, police, and a family caught in the middle in late Victorian England, "The Secret Agent" is far from Conrad's subtitle, "A Simple Tale". The novel, for me, is about hatred, mistrust, and breakdowns in communication.

"The Secret Agent" begins early one morning in 1886. Mr. Verloc, a secret agent for a foreign embassy, who lives in a small apartment with his wife Winnie, her mentally ill brother, Stevie, and their mother. Keeping an eye on a particularly ineffectual anarchist community in London, Verloc pretends to be an anarchist revolutionary himself. As the novel opens, Verloc is called in by his new employer Mr. Vladimir. Vladimir, discontented with the apparent lack of production out of his secret agent, and even further with the lackadaisical English police, wants Verloc to act as an agent provocateur, and arrange for a bomb to spur the English government to crack down on the legal system. As religion and royalty are, according to Vladimir, no longer strong enough emotional ties to the people, an attack must be made upon "Science," and he selects the Greenwich Observatory as the appropriate site for action.

The novel introduces us to a range of wholly unsympathetic characters. The anarchist collective roughly consists of "Doctor" Ossipan, who lives off his romantic attachments to women barely able to take care of themselves; "The Professor," explosives expert, who is so insecure, he is perpetually wired with a detonator in case he is threatened by police capture; and Michaelis, the corpulent writer, engaged upon his autobiography after a mitigated sentence in prison. Conrad's portrayal of this cabal is wholly ludicrous - a band of anarchists that are better at talking than doing anything to achieve their undeveloped goals. No better than these are their nemeses, the London police, here represented by Inspector Heat, who identifies so much with the common criminal element, you'd think he was one himself; and the Assistant Commissioner, who is so dissatisfied with his desk job, that he would do anything to get out on the streets - but not so ambitious as to upset his nagging wife and her social circle.

As the Greenwich Bomb Outrage is an early, but central moment in the novel, it would not be spoiling anything to tell you that this is where Conrad really earns his paycheck. His mode of bringing all the disparate characters and subplots of the novel together throughout the rest of the book is both reminiscent of and radically undercutting the influence of Charles Dickens in Conrad's social critique. "The Secret Agent" is a clever novel, but exceptionally bleak. Thinking about other early 1900's British novels like Samuel Butler's "The Way of All Flesh" or Virginia Woolf's "To the Lighthouse," Conrad's "The Secret Agent" is another of these works where a British writer tries to assess the state of the Empire in the aftermath of Victoria's demise - examining past follies to be overcome, and peering without optimism at what lies ahead.
Also in This Series 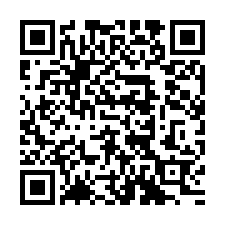