ADHD does not exist »

ADHD does not exist: the truth about attention deficit and hyperactivity disorder

In this groundbreaking and controversial book, behavioral neurologist Dr. Richard Saul draws on five decades of experience treating thousands of patients labeled with Attention Deficit and Hyperactivity Disorder&;one of the fastest growing and widely diagnosed conditions today&;to argue that ADHD is actually a cluster of symptoms stemming from over 20 other conditions and disorders.

According to recent data from the Centers for Disease Control and Prevention, an estimated 6.4 million children between the ages of four and seventeen have been diagnosed with attention deficit hyperactivity disorder. While many skeptics believe that ADHD is a fabrication of drug companies and the medical establishment, the symptoms of attention-deficit and hyperactivity are all too real for millions of individuals who often cannot function without treatment. If ADHD does not exist, then what is causing these debilitating symptoms?

Over the course of half a century, physician Richard Saul has worked with thousands of patients demonstrating symptoms of ADHD. Based on his experience, he offers a shocking conclusion: ADHD is not a condition on its own, but rather a symptom complex caused by over twenty separate conditions&;from poor eyesight and giftedness to bipolar disorder and depression&;each requiring its own specific treatment. Drawing on in-depth scientific research and real-life stories from his numerous patients, ADHD Does not Exist synthesizes Dr. Saul's findings, and offers and clear advice for everyone seeking answers. 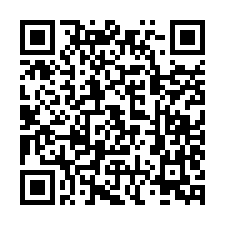