Description
After Georgia's brother, Lucky, drowns in a surfing accident, a charming stranger comes to town for his funeral. As Georgia seeks the truth about what really happened to Lucky and her suspicions about the stranger grow, the line between Georgia's increasingly fragile mental state and reality begins to blur.
Also in This Series 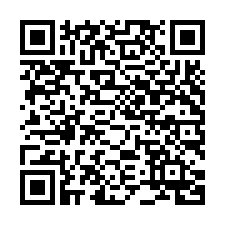 accelerated_reader_point_value
0
accelerated_reader_reading_level
0
auth_author2
Cobb, Amanda Leigh
author
Prinz, Yvonne
author2-role
Cobb, Amanda Leigh
hoopla digital
author_display
Prinz, Yvonne
available_at_addison
Online OverDrive Collection
detailed_location_addison
Online Hoopla Collection
Online OverDrive Collection
display_description
When seventeen-year-old Georgia's brother drowns while surfing halfway around the world, Georgia refuses to believe Lucky's death was just bad luck. Lucky wouldn't have surfed in waters more dangerous than he could handle. Then a stranger named Fin arrives in False Bay, claiming to have been Lucky's best friend. Soon Fin is working for Lucky's father, charming Lucky's mother, dating his girlfriend. Georgia begins to wonder: did Fin murder Lucky in order to take over his whole life? Determined to clear the fog from her mind in order to uncover the truth about Lucky's death, Georgia secretly stops taking the medication that keeps away the voices in her head. Georgia is certain she's getting closer to the truth about Fin, but as she does, her mental state becomes more and more precarious, and no one seems to trust what she's saying. Is Georgia's descent into madness causing her to see things that don't exist--or to see a deadly truth that no one else can? After Georgia's brother, Lucky, drowns in a surfing accident, a charming stranger comes to town for his funeral. As Georgia seeks the truth about what really happened to Lucky and her suspicions about the stranger grow, the line between Georgia's increasingly fragile mental state and reality begins to blur. YVONNE PRINZ is the award-winning author of The Vinyl Princess and All You Get Is Me. A Canadian living in the San Francisco Bay Area, she is the cofounder of Amoeba Music, the world's largest independent music store. One The phone rang at four o'clock in the morning. Someone on the other end said that Lucky was dead. And just like that I was big brotherless. I didn't cry. Life without my brother had never even occurred to me. Not once. Sure, I'd become accustomed to little pieces of him disappearing: the tip of his finger to a rock-climbing rope; a chunk of his calf to a baby shark; a front tooth to a ski slope. Lucky's body was a road map of scars. Even his face was covered in nicks and healed-over cuts and faint pinkish railroad tracks from long-gone stitches. That was all fine with me, exciting even, because to me he was indestructible, and because he always came home eventually with more stories and more scars. He always came home until now. The day before the phone call, I was thinking about how every Christmas I would put a fresh box of Band-Aids in his stocking. He always laughed on Christmas morning when he tore the wrapping paper off the little box. I got him Simpsons Band-Aids one year and Scooby-Doo another; Popeye; Cowboys; Spider Man. There was already a box of Flintstones Band-Aids stashed away in my closet for the coming Christmas and I know just what he would say if he were around to open it: "Yabba, dabba, doo!" and then he'd toss it on the pile with the rest of the gear Santa would always bring him. That's how it was: Lucky got gear. I got books. I went digging through Lucky's things that day, the day we got the news, and I found seven unused boxes of Band-Aids lined up in a neat row in a shoebox under his bed. I still didn't cry. My own scars are different. My body is a desert of soft white skin embellished with small smoothed-over cuts and tears and burns. I don't remember how all of them got there, but the ones I do remember make me wince with embarrassment. I'm the opposite of Lucky. I was born without the thrill-seeking gene. I stick close to home. Heights make me dizzy; the ocean, in my mind, can't be trusted; I despise polar fleece, and I can't see a thing without my contacts in. Some might think Lucky would have been the one my parents worried about, but that wasn't the case. They never seemed to worry about him. It's always been me. Even now, years later, they still look at me with worry in their eyes. Lucky, on the other hand, had an effortless star q...
format_addison
eAudiobook
eBook
format_category_addison
Audio Books
eBook
id
68032fe8-3685-0a3a-f272-0ee4d5da930a
isbn
9781501901355
9781616205546
last_indexed
2023-02-08T10:29:00.932Z
lexile_score
-1
literary_form
Fiction
literary_form_full
Fiction
local_callnumber_addison
Online OverDrive
owning_library_addison
Addison Public Library Online
owning_location_addison
Online OverDrive Collection
primary_isbn
9781616205546
publishDate
2015
publisher
Recorded Books, Inc
Workman Publishing Company
recordtype
grouped_work
subject_facet
Brothers -- Death -- Fiction
California -- Fiction
Children's stories
Electronic books
Mental illness -- Fiction
Mystery and detective stories
Mystery fiction
Teenage girls -- Fiction
Teenagers -- Fiction
title_display
If You're Lucky
title_full
If You're Lucky
If you're lucky [electronic resource] / Yvonne Prinz
title_short
If You're Lucky
topic_facet
Brothers
Children's stories
Death
Electronic books
Mental illness
Mystery and detective stories
Suspense
Teenage girls
Teenagers
Thriller
Young Adult Fiction
Young Adult Literature