Description
"Of those writing spy novels today, Daniel Silva is quite simply the best."
-The Kansas City Star.

"The perfect book for fans of well-crafted thrillers ... the kind of page- turner that captures the reader from the opening chapter and doesn't let go."
-The Associated Press

Over the course of a brilliant career, Daniel Silva has established himself as "the gold standard" of thriller writers (Dallas Morning News) who "has hit upon the perfect formula to keep espionage-friendly fans' fingers glued to his books, turning pages in nearly breathless anticipation" (BookPage). But now, having reached "the pinnacle of world-class spy thriller writing" (The Denver Post), Silva has produced his most extraordinary novel to date-a tale of greed, passion, and murder spanning more than half a century, centered on an object of haunting beauty.

Two families, one terrible secret, and a painting to die for ...

Determined to sever his ties with the Office, Gabriel Allon has retreated to the windswept cliffs of Cornwall with his beautiful Venetian-born wife Chiara. But once again his seclusion is interrupted by a visitor from his tangled past: the endearingly eccentric London art dealer, Julian Isherwood. As usual, Isherwood has a problem. And it is one only Gabriel can solve.

In the ancient English city of Glastonbury, an art restorer has been brutally murdered and a long-lost portrait by Rembrandt mysteriously stolen. Despite his reluctance, Gabriel is persuaded to use his unique skills to search for the painting and those responsible for the crime. But as he painstakingly follows a trail of clues leading from Amsterdam to Buenos Aires and, finally, to a villa on the graceful shores of Lake Geneva, Gabriel discovers there are deadly secrets connected to the painting. And evil men behind them.

Before he is done, Gabriel will once again be drawn into a world he thought he had left behind forever, and will come face to face with a remarkable cast of characters: a glamorous London journalist who is determined to undo the worst mistake of her career, an elusive master art thief who is burdened by a conscience, and a powerful Swiss billionaire who is known for his good deeds but may just be behind one of the greatest threats facing the world.

Filled with remarkable twists and turns of plot, and told with seductive prose, The Rembrandt Affair is more than just summer entertainment of the highest order. It is a timely reminder that there are men in the world who will do anything for money. 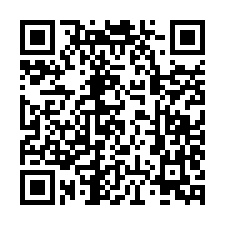