The gap year: a novel

Description
From the widely praised author of The Yokota Officers Club and The Flamenco Academy, a novel as hilarious as it is heartbreaking about a single mom and her seventeen-year-old daughter learning how to let go in that precarious moment before college empties the nest.

In The Gap Year, told with perfect pitch from both points of view, we meet Cam Lightsey, lactation consultant extraordinaire, a divorcée still secretly carrying a torch for the ex who dumped her, a suburban misfit who’s given up her rebel dreams so her only child can get a good education.

When Aubrey meets Tyler Moldenhauer, football idol–sex god with a dangerous past, the fuse is lit. Late-bloomer Aubrey metastasizes into Cam’s worst silent, sullen teen nightmare, a girl with zero interest in college. Worse, on the sly Aubrey’s in touch with her father, who left when she was two to join a celebrity-ridden nutball cult.

As the novel unfolds—with humor, edge-of-your-seat suspense, and penetrating insights about love in the twenty-first century—the dreams of daughter, mother, and father chart an inevitable, but perhaps not fatal, collision . . .
Also in This Series 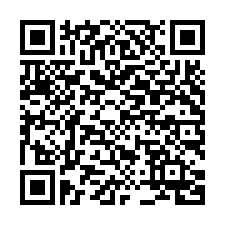