Description
Duncan Kincaid has settled into his life as part-time father to Kit, the twelve-year-old son he only recently discovered. But life has more changes in store: Gemma has pursued a promotion that ends their partnership on the job and places their personal relationship on a new, more tentative footing. So when Ducan's cousin and childhood friend calls from Glastonbury to ask his help on a rather unusual matter, he welcomes the opportunity to get out of London - and to spend a relaxing weekend with Gemma. But relaxation isn't on the agenda.
Jack Montfort, Duncan's cousin, grew up in the shadow of Glastonbury Tor in a town revered as the site of an ancient abbey, the mythical burial place of King Arthur and Guinevere, and according to New Age followers, a source of strong druid power. Montfort has not much more than a passing interest in the history of the area - until he comes across an extraordinary chronicle almost a thousand years old. The unsettling way this record comes into his hands brings Montfort into contact with a disparate group of townspeople: Nick Carlisle, a student of the myths surrounding Glastonbury's past; Simon Fitzstephen, a Church scholar whose knowledge of the Old Religion and its ceremonies is just as deep; Gamet Todd, a strange and intense woman with a jealous attachment to the young and very pregnant Faith Wills, and Winifred Catesby, the Anglican priest whose love for Jack has nearly healed his grief at the loss of his wife and daughter.
Something terrible and bloody shattered the Abbey's peace long ago according to Montfort's newly discovered history. And that knowledge will spark a violence that reaches into the present. When a member of Jack's circle is attacked and left for dead, he appeals to Duncan to find the truth the local police cannot see. None of them envisions the peril that lies ahead, or that there is more at stake than either Duncan or Gemma dreamed possible.
Also in This Series 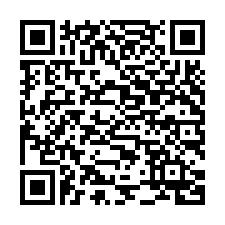