Fire in the ashes »

Fire in the ashes: twenty-five years among the poorest children in America 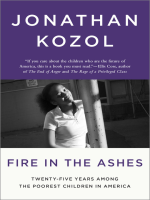 In this powerful and culminating work about a group of inner-city children he has known for many years, Jonathan Kozol returns to the scene of his prize-winning booksRachel and Her Children and Amazing Grace, and to the children he has vividly portrayed, to share with us their fascinating journeys and unexpected victories as they grow into adulthood.For nearly fifty years Jonathan has pricked the conscience of his readers by laying bare the savage inequalities inflicted upon children for no reason but the accident of being born to poverty within a wealthy nation. A winner of the National Book Award, the Robert F. Kennedy Book Award, and countless other honors, he has persistently crossed the lines of class and race, first as a teacher, then as the author of tender and heart-breaking books about the children he has called “the outcasts of our nation’s ingenuity.” But Jonathan is not a distant and detached reporter. His own life has been radically transformed by the children who have trusted and befriended him.Never has this intimate acquaintance with his subjects been more apparent, or more stirring, than inFire in the Ashes, as Jonathan tells the stories of young men and women who have come of age in one of the most destitute communities of the United States. Some of them never do recover from the battering they undergo in their early years, but many more battle back with fierce and, often, jubilant determination to overcome the formidable obstacles they face. As we watch these glorious children grow into the fullness of a healthy and contributive maturity, they ignite a flame of hope, not only for themselves, but for our society.The urgent issues that confront our urban schools – a devastating race-gap, a pathological regime of obsessive testing and drilling students for exams instead of giving them the rich curriculum that excites a love of learning – are interwoven through these stories. Why certain children rise above it all, graduate from high school and do well in college, while others are defeated by the time they enter adolescence, lies at the essence of this work.Jonathan Kozol is the author of Death at an Early Age, Savage Inequalities, and other books on children and their education. He has been called “today’s most eloquent spokesman for America’s disenfranchised.” But he believes young people speak most eloquently for themselves; and in this book, so full of the vitality and spontaneity of youth, we hear their testimony.

The shadow of the past. The journey begins ; Eric and his sister ; Pietro and his children ; Silvio : invincible ; Alice Washington : the details of life
A bright shining light. Survivors ; The boy who ate a giant bag of cookies while he walked me around the neighborhood, and his very interesting mom ; Pineapple comes of age (part one) ; Pineapple in all her glory (and still bossing me around) ; A life of the mind (Jeremy, part one)
No easy victories (Jeremy, part two)
The killing fields
Number our days
Pineapple has a few more things to say.
Excerpt
Loading Excerpt...
Author Notes
Loading Author Notes...
Subjects
Subjects
Children
Children -- United States -- Social conditions
Child welfare
Child welfare -- United States
Nonfiction
Poor children
Poor children -- United States
Poor families
Poor families -- United States
Social conditions
Sociology
More Details
ISBN:
9781400052462
9780770435950 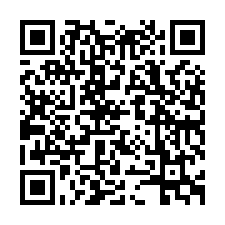