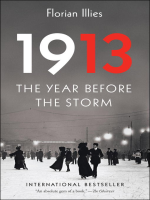 “An absolute gem of a book.” —The Observer

Just before one of its darkest moments came the twentieth century’s most exciting year . . .

It was the year Henry Ford first put a conveyer belt in his car factory, and the year Louis Armstrong first picked up a trumpet. It was the year Charlie Chaplin signed his first movie contract, and Coco Chanel and Prada opened their first dress shops. It was the year Proust began his opus, Stravinsky wrote The Rite of Spring, and the first Armory Show in New York introduced the world to Picasso and the world of abstract art. It was the year the recreational drug now known as ecstasy was invented.

It was 1913, the year before the world plunged into the catastrophic darkness of World War I.

In a witty yet moving narrative that progresses month by month through the year, and is interspersed with numerous photos and documentary artifacts (such as Kafka’s love letters), Florian Illies ignores the conventions of the stodgy tome so common in “one year” histories. Forefronting cultural matters as much as politics, he delivers a charming and riveting tale of a world full of hope and unlimited possibility, peopled with amazing characters and radical politics, bristling with new art and new technology . . . even as ominous storm clouds began to gather.
Also in This Series 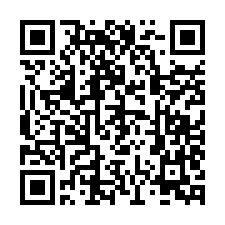