America, You Sexy Bitch: A Love Letter to Freedom 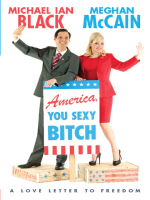 She is a single, twentysomething, gun-loving, Christian, Republican writer and blogger, the daughter of a Senator and 2008 Republican presidential nominee. He is a married, forty-year-old, gun-fearing, atheist, Democrat comedian, the son of a lesbian former Social Security employee. Meghan McCain and Michael Ian Black barely know each other. But they are about to change the way politics is discussed in America.

Or at least the way politics are discussed in their crappy RV. In America, You Sexy Bitch, Meghan and Michael embark on a balls-out, cross-country tour starting in California, the heart of liberal America, and ending in the state of Connecticut, the home of blue-blood Wall Street billionaires. Along the way, they visit such cultural touchstones as Graceland and Branson, party in Las Vegas and New Orleans, pretend to be Mormon in Salt Lake City (only for a second), and go to a mosque in Dearborn, Michigan. They tour the nation’s capital; they fire semiautomatic weapons. But mostly Meghan McCain and Michael Ian Black talk to each other: about their differences, their similarities, and how American politics has gotten so divided.
Also in This Series 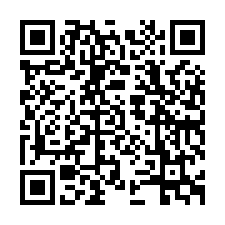