The Big Book of Gross Stuff »

The Big Book of Gross Stuff

The author of The Big Book of Superheroes presents a hilarious look at science, nature, and the human body in a book full of good laughs and bad smells.

From boogers, B.O., and belches to sneezes, diseases, and demon cheeses, The Big Book of Gross Stuff is chock-full of practical knowledge about things you shouldn't discuss at the dinner table. Kids can take a Gross Quiz to find out how their sensibilities stack up against the rest of society, and learn about the World's Most Disgusting Jobs (whale-feces research, anyone?).

With the turn of every page, The Big Book of Gross Stuff will challenge your gag reflexes as it introduces topics, terminology and trivia about toilets, scabies, decaying bodies, and much more. For instance, did you know:
·       In 1971, a band named Hot Poop released a record titled Does Their Own Stuff! They were never heard from again.
·       When using fake vomit, the key to faking people out is to sprinkle water on the stuff to make it look more realistic.
·       Belly button lint is composed of dust, dried sweat, fat, dead skin, and bits of cotton. 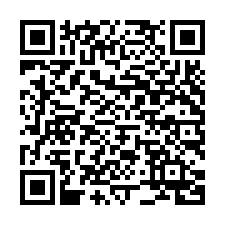