Back on Blossom Street »

Back on Blossom Street

Description
There's a new shop on Seattle's Blossom Street—a flower store called Susannah's Garden, right nextdoor to A Good Yarn. Susannah Nelson, the owner,has just hired a young widow named Colette Blake.A couple of months earlier, Colette had abruptlyquit her previous job—after a brief affair with herboss. To her dismay, he's suddenly begun placingweekly orders for flower arrangements!Susannah and Colette both join Lydia Goetz's newknitting class. Lydia's previous classes have forgedlasting friendships, and this one is no exception.But Lydia and her sister, Margaret, have worriesof their own. Margaret's daughter, Julia, has beenthe victim of a random carjacking, and the entirefamily is thrown into emotional chaos.Then there's Alix Townsend. Her wedding toJordan Turner is only months away—but she'snot sure she can go through with it. Her love forJordan isn't in question; what she can't handleis the whole wedding extravaganza engineeredby her mentor, Jacqueline, with the enthusiasticcooperation of her future mother-in-law. Areception at the country club and hundreds ofguests she's never even met—it's just not Alix.Like everyone else in Lydia's knitting class, Alixknows there's a solution to every problem…andthat another woman can usually help you find it!
Also in This Series 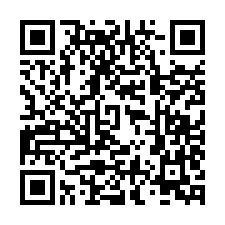