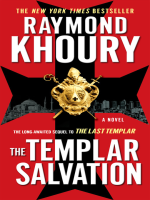 Description
At last, the book more than a million fans are waiting for: the sequel to The Last Templar.

With its iconic title and unmistakable cover, Raymond Khoury's million-copy- selling The Last Templar remains one of the most memorable thriller publications of the last decade. Finally, after four long years, Khoury returns to the world of the Templars with The Templar Salvation, a sequel that's every bit as eye-popping and as gripping as its predecessor. Constantinople, 1203: As the rapacious armies of the Fourth Crusade lay siege to the city, a secretive band of Templars infiltrate the imperial library. Their target: a cache of documents that must not be allowed to fall into the hands of the Doge of Venice. They escape with three heavy chests, filled with explosive secrets that these men will not live long enough to learn. Vatican City, present day: FBI agent Sean Reilly infiltrates the Pope's massive Vatican Secret Archives of the Inquisition. No one but the Pope's trusted secondi get in-but Reilly has earned the Vatican's trust, a trust he has no choice but to violate. His love, Tess Chaykin, has been kidnapped; the key to her freedom lays in this underground tomb, in the form of a document known as the Fondo Templari, a secret history of the infamous Templars... With his trademark blend of incendiary history and edge-of-your-seat suspense, Raymond Khoury's The Templar Salvation marks a triumphant return to the rich territory that launched his bestselling career. 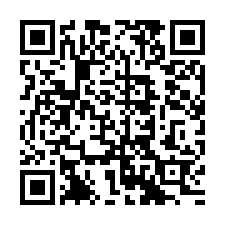