Description
Drained and haunted by the killings on Isle Royale, diagnosed with post-traumatic stress disorder and on administrative leave by order of her superintendent - the one bright spot in Anna's life is Paul, her husband of less than a year. Hoping the warmth and the adventure of a raft trip in Big Bend National Park will lift her spirits, Paul takes Anna to southwest Texas, where the sun is hot and the Rio Grande is running high. The sheer beauty of the Chihuahuan Desert and the power of the river work their magic - until the raft is lost in the rapids and a young college student makes a grisly discovery. Hair and arms tangled in the downed branches between two boulders, more dead than alive, is a pregnant woman.
Nature, it turns out, isn't the only one who wants to see the woman and her baby dead. Instead of the soul-soothing experience she'd longed for, Anna finds herself sucked into a labyrinth of intrigue that leads from the Mexican desert to the steps of the Governor's Mansion in Austin.
Also in This Series 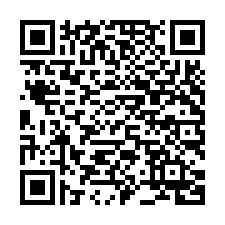