The escape: a novel

Description
NEW YORK TIMES BESTSELLERIn this poignant novel of longing and salvation, a hopeful widow and a resilient war hero discover the promise of love’s magic and new beginnings.   After surviving the Napoleonic Wars, Sir Benedict Harper is struggling to move on, his body and spirit in need of a healing touch. Never does Ben imagine that hope will come in the form of a beautiful woman who has seen her own share of suffering. After the lingering death of her husband, Samantha McKay is at the mercy of her oppressive in-laws—until she plots an escape to distant Wales to claim a house she has inherited. Being a gentleman, Ben insists that he escort her on the fateful journey.   Ben wants Samantha as much as she wants him, but he is cautious. What can a wounded soul offer any woman? Samantha is ready to go where fate takes her, to leave behind polite society and even propriety in her desire for this handsome, honorable soldier. But dare she offer her bruised heart as well as her body? The answers to both their questions may be found in an unlikely place: in each other’s arms.Includes Mary Balogh’s charming short story, “The Suitor.”Praise for The Escape   “Bestseller [Mary] Balogh delivers an outstanding third installment of her Survivors’ Club series. . . . This exquisitely written Regency will appeal to Balogh’s legions of fans.”—Publishers Weekly (starred review)   “A heroine who has never felt valued and a hero in search of a new purpose learn to take life as it comes and live each moment to the fullest. This tender, deeply insightful, and beautifully plotted romance shimmers with hope, possibility, and love.”—Library Journal (starred review)   “Regency romance star Balogh continues her poignant Survivors’ Club series with a quietly intense love story that speaks to open-heartedness, courage and faith in new beginnings.”—Kirkus Reviews   “A beautifully rendered love story of two wounded and lost souls who find each other and together discover strength and love. Tender, touching and mature, Balogh’s story slowly unfolds, reaching deep into the characters’ emotions demonstrating how love empowers, heals and redeems. Everything about this story is lovely and near perfect.”—RT Book Reviews (4-1/2 stars, Top Pick)   “The Escape is such an apt title—two people escape from unhappy pasts, finding love in their mutual journey. Their capacity for happiness astonishes and delights them and the reader, as they both so deserve their hard-won happily-ever-after.”—Heroes and Heartbreakers   “The Escape is full of excitement, adventure, and enchanting romance. The main characters are so well-developed, and Mary Balogh does such a wonderful job giving the reader a window into their thoughts, that by the end of the book you feel as though you know them intimately.”—Fresh Fiction
Also in This Series 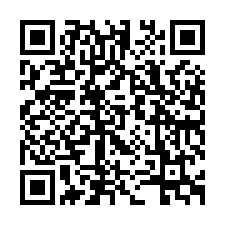