Up country: a novel

Description
There is a name carved into the Vietnam Memorial in Washington, D.C., of an American army lieutenant whose death is shrouded in mystery. The authorities have reason to believe that he was not killed by the enemy, or by friendly fire; they suspect he was murdered.
At first, Paul Brenner, himself a Vietnam vet, isn't interested in investigating the case. After his forced retirement from the army's Criminal Investigation Division, he has adapted to the life of a civilian with a comfortable pension. Then his old boss, Karl Hellmann, summons him to the Vietnam Memorial to call in a career's worth of favors.
Hellmann tells Brenner of the circumstances surrounding the officer's death, and gives him this much to go on: The incident happened over three decades ago in Vietnam; the only evidence is a recently discovered letter written by an enemy soldier describing an act of shocking violence. The name of the North Vietnamese soldier is known, but not his present whereabouts, or even if he is alive or dead.
Brenner's assignment: Return to Vietnam and find the witness. The addendum: The mission is very important ot the U.S. Army. Brenner's the ideal man for the job. And it's in his best interest that he doesn't know what this case is really about.
Reluctantly, Brenner begins a strange journey that unearths his own painful memories of Vietnam and leads him down a trail as dangerous as the ones he walked a lifetime ago as a young infantryman. From sultry, sinful Saigon, where he meets beautiful American expatriate Susan Weber, to the remote, forbidding wilderness of up-country Vietnam, he will follow a trail of lies, betrayal, and murder ... and uncover an explosive, long-buried secret.
Also in This Series 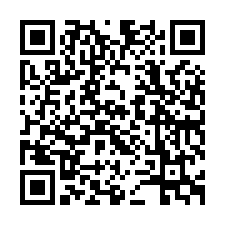