Description
CIA agent John Wells returns in a cutting-edge novel of modern suspense from the #1 New York Times-bestselling writer. Early one morning, a former CIA agent is shot to death in the street. That night, an army vet is gunned down in his doorway. The next day, John Wells gets a phone call. Come to Langley. Now. The two victims were part of an eleven-member interrogation team that operated out of a secret base in Poland called the Mid­night House. For two years, they put the screws to the toughest jihadis, men thought to have knowledge of imminent threats. The interrogators used whatever means necessary. When they were disbanded in the wake of public controversy, they were given medals for their heroism, Prozac for their nightmares. Now Wells must find out who is killing them. Islamic terrorists are the likeliest explanation, and Wells is uniquely qualified to go undercover after them. But the trail of blood he discovers will lead him and his boss, Ellis Shafer, to a place they wouldn't have imagined-and leave Wells facing the hardest of questions about the men of the Midnight House. Berenson's work has been called "superior entertainment" (The Washington Post), "heart- stopping adventure" (USA Today), and "a superb yarn reflecting the myriad dangers confronting our country today" (The Providence Journal). He is one of the world's best new thriller writers-and he is just getting started. Watch a Video
Also in This Series 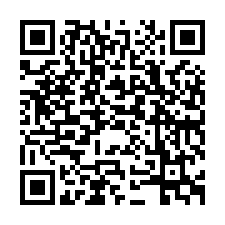