Welcome to My Jungle »

Welcome to My Jungle: An Unauthorized Account of How a Regular Guy Like Me Survived Years of Touring with Guns N Roses, Pet Wallabies, Crazed Groupies, Axl Roses Moth Extermination System, and Other Perils on the Road with One of the Greatest Rock Bands of All Time

Description
Guns N’ Roses fans know the Use Your Illusion tour went on nonstop from 1991 to 1993. They know that concerts sold out in minutes all over the world so fans could hear chart-topping singles Welcome to the Jungle, Sweet Child of Mine, Paradise City, and November Rain live. They know the Use Your Illusion tour was the last for the band with Slash and Duff. But they’ve only heard rumors of the behind-the-scenes shenanigans.

Fortunately for fans, Craig Duswalt hasn’t just heard rumors—he knows what went on backstage on one of the longest and most popular music events because he lived it.

As Axl Rose’s personal manager during the ridiculously long world tour, Duswalt experienced things that would make most people run the other way and never look back. And in Welcome to My Jungle, he shares the sometimes hilarious, sometimes just plain reckless, and always insane actual happenings on the tour.

A true must-read for Guns N’ Roses fans, Welcome to My Jungle delights readers with hilarious and entertaining exclusive firsthand stories like:

•The day Axl Rose, Kurt Cobain, and Courtney Love got into a “huge war” backstage at the MTV Awards
•Why Guns N’ Roses are forever linked to Charles Manson
•The night Liz Taylor walked in on a very nude Slash—and stayed a while

Featuring little-known facts for the ultimate GN’R fan, Welcome To My Jungle gives an inside look at what it’s really like to live and work with a hugely popular band, from the middle of a rock and roll hurricane.
Also in This Series 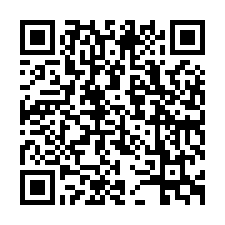