To live & die in Dixie

Description
When Callahan and her eccentric band of employees clean the Atlanta mansion of social climbing antiques dealer Elliot Littlefield, they find more than cobwebs and dust bunnies: a bust of Hitler in the study, flintlocks in the foyer, and a dead teenage girl in the master bedroom. What they don't find (because it's been stolen) is the diary of Lula Belle Bird, a prostitute who kept many a Confederate bigwig happy during the Civil War's darkest days. The diary, conservatively valued at $150,000, has been hotly pursued by everyone from university libraries to a lunatic Civil War buff. Littlefield is convinced that the diary's theft had something to do with the murder of the girl and he hires Callahan to find the book and, perhaps, the truth.As her search progresses, Callahan takes us on a rollicking tour of the New South, from the woolly world of Civil War reenactments to Rebel Yell Press (whose offices look like a cross between Tara and a Chevy dealership), from a carpetbagger's castle to an inner-city shotgun shack. Along the way, Callahan gets chilling glimpses of her landscape's underside: shady sexual doings at the slain girl's prim Catholic high school, a suave neighbor whose feud with Littlefield borders on psychosis, and the fact that Littlefield killed another girl two decades ago.At the center of all this is Callahan herself, bickering with her irascible mother, Edna, trying to keep a lid on the splendidly evoked eccentrics in her employ, taking a highly experimental anti-cancer drug, weighing the pros and cons of moving in with her beau, and narrowly dodging threats on her life. Nobody knows more about life and death in Dixie than Callahan Garrity and her story - wry, taut, and richly detailed - makes for addictive reading.
Also in This Series 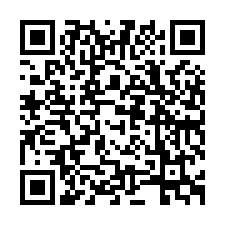