The End of Normal »

The End of Normal: A Wife's Anguish, A Widow's New Life 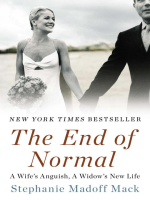 An explosive, heartbreaking memoir from the widow of Mark Madoff and daughter-in-law of Bernard Madoff, the first genuine inside story from a family member who has lived through- and survived-both the public crisis and her own deeply personal tragedy.

When the news of Bernard Madoff 's Ponzi scheme broke, Americans were shocked and outraged, perhaps none more so than the unsuspecting members of his own family. After learning that their father's legendarily successful wealth management company was "all just one big lie," Mark and Andrew Madoff turned their father in and cut off all communication with both parents. Mark and his wife, Stephanie, strove to make a fresh start for the sake of their two young children, but Mark could not overcome his sense of betrayal and shame-he and other family members were sued for $200 million in October of 2009. He hung himself on the two-year anniversary of his father's arrest. Left to raise her children as a single mother, Stephanie wrote this memoir to give them a sense of who their father really was, defend his innocence, and put her personal statement on record once and for all. In this candid insider account, she talks about her idyllic wedding to Mark on Nantucket, what it was really like to be a part of the Madoff family, the build-up to Bernard's confession, and the media frenzy that followed. It is about the loss of the fairytale life she knew, adjusting to life with a man she hardly recognized anymore, and the tragic and final loss of her husband. 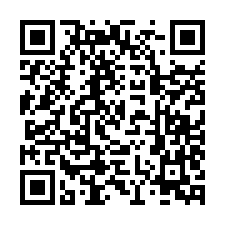