Aftertaste: {a novel in five courses} 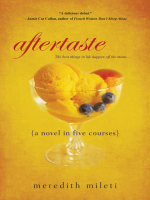 Description
Mira Rinaldi lives life at a rolling boil. Co-owner of Grappa, a chic New York City trattoria, she has an enviable apartment, a brand-new baby, and a frenzied schedule befitting her success.

Everything changes the night she catches her husband, Jake, "wielding his whisk" with Grappa's new Mâitress d'. Mira's fiery response earns her a court-ordered stint in anger management and the beginning of legal and personal predicaments as she battles to save her restaurant and pick up the pieces of her life.

Mira falls back on family and friends in Pittsburgh as she struggles to find a recipe for happiness. But the heat is really on when some surprising developments in New York present her with a high stakes opportunity to win back what she thought she had lost forever. For Mira, cooking isn't just about delicious flavors and textures, but about the pleasure found in filling others' needs. And the time has come to decide where her own fulfillment lies--even if the answers are unexpected.

Keenly observed and deeply satisfying, Aftertaste is a novel about rebuilding and rediscovery, about food passionately prepared and unapologetically savored, and about the singular contentment that comes with living--and loving--with gusto.

Meredith Mileti lives in Pittsburgh with her husband and their three, mostly grown children. She is a graduate of Hamilton College and the University of Pittsburgh where she earned a Ph.D. in Developmental Psychology, and subsequently served on the faculty. Since taking her first home economics course in junior high, Meredith has loved to cook. An adventurous and eclectic diner, she appreciates any well-cooked meal, whether from a lobster shack in Bar Harbor, Maine, a friggitorie in Naples, a Michelin-starred restaurant in Paris or a Deluxe Double Egg & Cheese at Primanti's in Pittsburgh. Aftertaste is her first novel.
Also in This Series 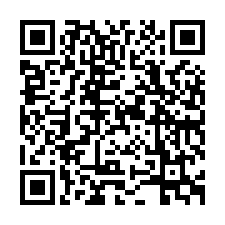