A Child Called It »

A Child Called It: One Child's Courage to Survive 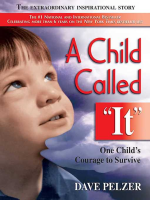 Dave Pelzer’s astonishing, disturbing account of his early years describes one of the most severe child abuse cases in California history. This book has spent over 175 weeks on the New York Times best-seller list and was also nominated for the Pulitzer Prize.

Dave was in first grade when his unstable alcoholic mother began attacking him. Until he was in fifth grade, she starved, beat and psychologically ravaged her son. Eventually denying even his identity, Dave’s mother called him an "it" instead of using his name. Relentlessly, she drove him to the brink of death before authorities finally stepped in. With faith and hope, Dave grew determined to survive. He also knew that he needed to share his story.

A Child Called "It" is the first of three books that chronicle his life. Through publications and public appearances, Dave is now recognized as one of the nation’s most effective and respected speakers about child abuse. 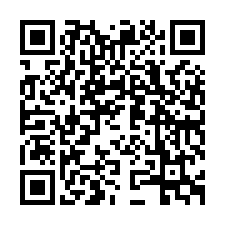 accelerated_reader_point_value
0
accelerated_reader_reading_level
0
auth_author2
Keeler, Brian
author
Pelzer, Dave
author2-role
Keeler, Brian.|Narrator
hoopla digital
author_display
Pelzer, Dave
available_at_addison
Online OverDrive Collection
detailed_location_addison
Online Hoopla Collection
Online OverDrive Collection
display_description
This book chronicles the unforgettable account of one of the most severe child abuse cases in California history. It is the story of Dave Pelzer, who was brutally beaten and starved by his emotionally unstable, alcoholic mother: a mother who played tortuous, unpredictable games—games that left him nearly dead. He had to learn how to play his mother's games in order to survive because she no longer considered him a son, but a slave; and no longer a boy, but an "it."