Description
Sinclair Lewis's barbed portrait of Gopher Prairie, Minnesota, shattered the myth of the American Middle West as God's Country and became a symbol of the cultural narrow-mindedness and smug complacency of small towns everywhere. A Penguin ClassicAt the center of Main Street is Carol Kennicott, the wife of a town doctor, who dreams of initiating social reforms and introducing art and literature to the community. The range of reactions when it was published in 1920 was extraordinary, reflecting the ambivalence in the novel itself and Lewis's own mixed feelings about his hometwon of Sauk Centre, Minnesota, the prototype for Gopher Prairie.For more than seventy years, Penguin has been the leading publisher of classic literature in the English-speaking world. With more than 1,700 titles, Penguin Classics represents a global bookshelf of the best works throughout history and across genres and disciplines. Readers trust the series to provide authoritative texts enhanced by introductions and notes by distinguished scholars and contemporary authors, as well as up-to-date translations by award-winning translators.
Also in This Series 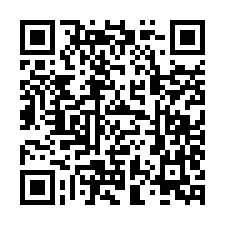