Angel with a Bullet »

Angel with a Bullet 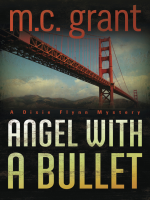 Wisecracking reporter Dixie Flynn thinks fast and talks even faster—it’s the only way to survive the San Francisco crime beat. When she’s assigned to look into the death of her former lover, artist Diego Chino, Dixie’s instincts tell her there’s more behind the apparent suicide than the police are letting on.

Dixie’s canvassing of the Bay Area art district reveals it to be a perfect picture of corruption, with a handsome art dealer and a reclusive patron in the foreground. After a romantic evening in Chinatown ends in a brush with death, Dixie is more determined than ever to expose the truth. But when a fire in her vicinity turns out to be more than just performance art, it’s clear the perpetrators would rather see Dixie dead than let her destroy their criminal masterpiece.

"Under a sort-of-pseudonym, thriller writer Grant McKenzie offers the first of a planned series featuring wisecracking Dixie, with a fast-paced combination of violence and sex and a game-changing twist at the end."—Kirkus Reviews

"With lots of action, colorful characters, and a surprising plot twist, this is an endearing series debut that will have readers eager for Dixie to solve more cases."—Booklist

"The book is a fun murder-mystery filled with action, humour and intrigue—written in first-person-female perspective, which is something unexpected from a male author."—Victoria News (Canada)

"Angel with a Bullet is part gritty detective novel, part chick lit with a fast paced and a wise-cracking reporter."—The Mystery Reader

"If you have a taste for vintage crime fiction, screwball comedies, and the lighter side of noir, Angel With a Bullet might be right up your alley."—Victoria Janssen for Criminal Element

“Grant McKenzie (aka M. C. Grant) really knows how to make a story move.”—Linwood Barclay, international bestselling author of No Time for Goodbye 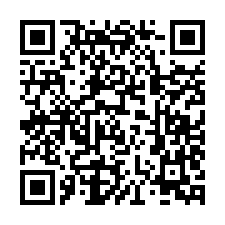