The maze of bones »

The maze of bones

Description
Minutes before she died Grace Cahill changed her will, leaving her decendants an impossible decision: "You have a choice - one million dollars or a clue."

Grace is the last matriarch of the Cahills, the world's most powerful family. Everyone from Napoleon to Houdini is related to the Cahills, yet the source of the family power is lost. 39 clues hidden around the world will reveal the family's secret, but no one has been able to assemble them. Now the clues race is on, and young Amy and Dan must decide what's important: hunting clues or uncovering what REALLY happened to their parents.

The 39 Clues is Scholastic's groundbreaking new series, spanning 10 adrenaline-charged books, 350 trading cards, and an online game where readers play a part in the story and compete for over $100,000 in prizes.

The 39 Clues books set the story, and the cards, website and game allow kids to participate in it. Kids visit the website - www.the39clues.com - and discover they are lost members of the Cahill family. They set up online accounts where they can compete against other kids and against Cahill characters to find all 39 clues. Through the website, kids can track their points and clues, manage their card collections, dig through the Cahill archives for secrets, and "travel" the world to collect Cahill artifacts, interview characters, and hunt down clues. Collecting cards helps: Each card is a piece of evidence containing information on a Cahill, a clue, or a family secret.

Every kid is a winner - we'll give away prizes through the books, the website and the cards, including a grand prize of $10,000! 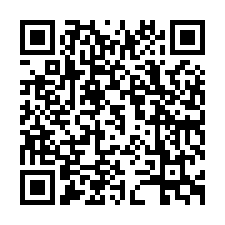