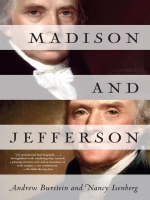 In Madison and Jefferson, esteemed historians Andrew Burstein and Nancy Isenberg join forces to reveal the crucial partnership of two extraordinary founders, creating a superb dual biography that is a thrilling and unprecedented account of early America.

The third and fourth presidents have long been considered proper and noble gentlemen, with Thomas Jefferson’s genius overshadowing James Madison’s judgment and common sense. But in this revelatory book, both leaders are seen as men of their times, ruthless and hardboiled operatives in a gritty world of primal politics where they struggled for supremacy for more than fifty years.

In most histories, the elder figure, Jefferson, looms larger. Yet Madison is privileged in this book’s title because, as Burstein and Isenberg reveal, he was the senior partner at key moments in the formation of the two-party system. It was Madison who did the most to initiate George Washington’s presidency while Jefferson was in France in the role of diplomat. So often described as shy, the Madison of this account is quite assertive. Yet he regularly escapes bad press, while Jefferson’s daring pen earns him a nearly constant barrage of partisan attacks.

In Madison and Jefferson we see the two as privileged young men in a land marked by tribal identities rather than a united national personality. They were raised to always ask first: “How will this play in Virginia?” Burstein and Isenberg powerfully capture Madison’s secret canny role—he acted in effect as a campaign manager—in Jefferson’s career. In riveting detail, the authors chart the courses of two very different presidencies: Jefferson’s driven by force of personality, Madison’s sustained by a militancy that history has been reluctant to ascribe to him.

The aggressive expansionism of the presidents has long been underplayed, but it’s noteworthy that even after the Louisiana Purchase more than doubled U.S. territory, the pair contrived to purchase Cuba and, for years, looked for ways to conquer Canada. In these and other issues, what they said in private and wrote anonymously was often more influential than what they signed their names to.

Supported by a wealth of original sources—newspapers, letters, diaries, pamphlets—Madison and Jefferson is a stunning new look at a remarkable duo who arguably did more than all the others in their generation to set the course of American political development. It untangles a rich legacy, explaining how history made Jefferson into a national icon, leaving Madison a relative unknown. It tells nasty truths about the conduct of politics when America was young and reintroduces us to colorful personalities, once famous and now obscure, who influenced and were influenced by the two revolutionary actors around whom this story turns. As an intense narrative of high-stakes competition, Madison and Jefferson exposes the beating heart of a rowdy republic in its first fifty years, while giving more than a few clues as to why we are a politically divided nation today.
Also in This Series 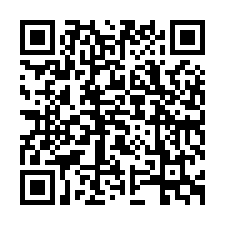