Hairstyles of the Damned »

Hairstyles of the Damned 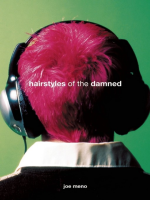 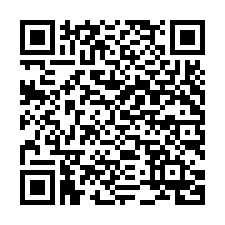 Included in MTV.com's "These 17 Music-Themed YA Books Could Be Your Life"
A selection of the Barnes & Noble Discover Great New Writers Program.
"Meno gives his proverbial coming-of-age tale a punk-rock edge, as seventeen-year-old Chicagoan Brian Oswald tries to land his first girlfriend...Meno ably explores Brian's emotional uncertainty and his poignant youthful search for meaning...His gabby, heartfelt, and utterly believable take on adolescence strikes a winning chord."
—Publishers Weekly
"A funny, hard-rocking first-person tale of teenage angst and discovery."
—Booklist
"Captures the loose, fun, recklessness of midwestern punk."
—MTV.com
"Captures both the sweetness and sting of adolescence with unflinching honesty."
—Entertainment Weekly
"Joe Meno writes with the energy, honesty, and emotional impact of the best punk rock. From the opening sentence to the very last word, Hairstyles of the Damned held me in his grip."
—Jim DeRogatis, pop music critic, Chicago Sun-Times
"The most authentic young voice since J.D. Salinger's Holden Caulfield...A darn good book."
—Daily Southtown
"Sensitive, well-observed, often laugh-out-loud funny...You won't regret a moment of the journey."
—Chicago Tribune
"Meno is a romantic at heart. Not the greeting card kind, or the Harlequin paperback version, but the type who thinks, deep down, that things matter, that art can change lives."
—Elgin Courier News
"Funny and charming and sad and real. The adults are sparingly yet poignantly drawn, especially the fathers, who slip through without saying much but make a profound impression."
—Chicago Journal
"Underneath his angst, Brian, the narrator of Hairstyles of the Damned, possesses a disarming sense of compassion which allows him to worm his way into the reader's heart. It is this simple contradiction that makes Meno's portrait of adolescence so convincing: He has dug up and displayed for us the secret paradox of the teenage years, the desire to belong pitted against the need for individuality—a constant clash of hate and love."
—NewPages.com
"Joe Meno knows Chicago's south side the way Jane Goodall knew chimps and apes—which is to say, he really knows it. He also knows about the early '90s, punk rock, and awkward adolescence. Best of all, he knows the value of entertainment. Hairstyles of the Damned is proof positive."
—John McNally, author of The Book of Ralph
"Filled with references to dozens of bands and mix-tape set lists, the book's heart and soul is driven by a teenager's life-changing discovery of punk's social and political message...Meno's alter ego, Brian Oswald, is a modern-day Holden Caulfield...It's a funny, sweet, and, at times, hard-hitting story with a punk vibe."
—Mary Houlihan, Chicago Sun-Times
"Meno's language is rhythmic and honest, expressing things proper English never could. And you've got to hand it to the author, who pulled off a very good trick: The book is punk rock. It's not just punk rock. It's not just about punk rock; it embodies the idea of punk rock; it embodies the idea of punk—it's pissed off at authority, it won't groom itself properly, and it irritates. Yet its rebellious spirit is inspiring and right on the mark."
—SF Weekly
Hairstyles of the Damned is the debut novel of our Punk Planet Books imprint, which originates from Punk Planet magazine.
Hairstyles...