The Genius of Impeachment »

The Genius of Impeachment: the founders' cure for royalism 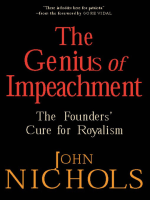 Description
This surprising and irreverent book by one of America’s leading political reporters makes the case that impeachment is much more than a legal and congressional process—it is an essential instrument of America’s democratic system. Articles of impeachment have been brought sixty-two times in American history. Thomas Jefferson himself forwarded the evidence for impeachment of the first federal official to be removed under the process—John Pickering in 1803. Impeachment is as American as apple pie.

The founders designed impeachment as one of the checks against executive power. As John Nichols reveals in this fascinating look at impeachment’s hidden history, impeachment movements—in addition to congressional proceedings themselves—have played an important role in countering an out-of-control executive branch. The threat of impeachment has worked to temper presidential excesses and to reassert democratic values in times of national drift.

The Genius of Impeachment also makes clear that we sorely need such a movement today, and that both the president and vice president deserve impeachment. In the spirit of maverick congressmember Henry B. Gonzalez, who introduced articles of impeachment against both George H.W. Bush and Ronald Reagan for making war without a declaration, this book is a fearless call to Americans to hold our leaders accountable to democracy.
Also in This Series 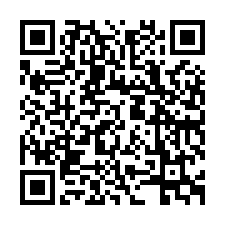