Ethical Chic: The Inside Story of the Companies We Think We Love 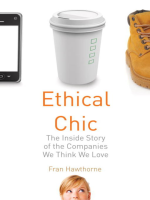 Consumers are told that when they put on an American Apparel t-shirt, leggings, jeans, gold bra, or other item, they look hot. Not only do they look good, but they can also feel good because they are helping US workers earn a decent wage (never mind that some of those female workers have accused their boss of sexual harassment). And when shoppers put on a pair of Timberlands, they feel fashionable and as green as the pine forest they might trek through—that is, until they’re reminded that this green company is in the business of killing cows. But surely even the pickiest, most organic, most politically correct buyers can feel virtuous about purchasing a tube of Tom’s toothpaste, right? After all, with its natural ingredients that have never been tested on animals, this company has a forty-year history of being run by a nice couple from Maine . . . well, ahem, until it was recently bought out by Colgate.

It’s difficult to define what makes a company hip and also ethical, but some companies seem to have hit that magic bull’s-eye. In this age of consumer activism, pinpoint marketing, and immediate information, consumers demand everything from the coffee, computer, or toothpaste they buy. They want an affordable, reliable product manufactured by a company that doesn’t pollute, saves energy, treats its workers well, and doesn't hurt animals—oh, and that makes them feel cool when they use it. Companies would love to have that kind of reputation, and a handful seem to have achieved it. But do they deserve their haloes? Can a company make a profit doing so? And how can consumers avoid being tricked by phony marketing?

In Ethical Chic, award-winning author Fran Hawthorne uses her business-investigative skills to analyze six favorites: Apple, Starbucks, Trader Joe’s, American Apparel, Timberland, and Tom’s of Maine. She attends a Macworld conference and walks on the factory floors of American Apparel. She visits the wooded headquarters of Timberland, speaks to consumers who drive thirty miles to get their pretzels and plantains from Trader Joe’s, and confronts the founders of Tom’s of Maine. More than a how-to guide for daily dilemmas and ethical business practices, Ethical Chic is a blinders-off and nuanced look at the mixed bag of values on sale at companies that project a seemingly progressive image.
Also in This Series 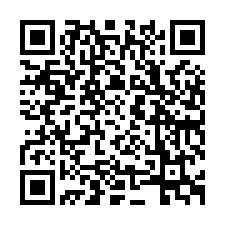