The Forgotten Room: a novel 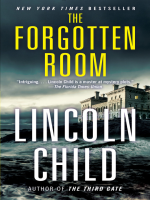 Description
New York Times bestseller Lincoln Child returns with a riveting new thriller featuring the charismatic and quirky Professor Jeremy Logan, renowned investigator of the strange and the inexplicable, as he uncovers a long-lost secret experiment only rumored to have existed. Jeremy Logan (The Third Gate, Deep Storm) is an "enigmalogist"--an investigator who specializes in analyzing phenomena that have no obvious explanation. In this newest novel Logan finds himself on the storied coastline of Newport, Rhode Island, where he has been retained by Lux, one of the oldest and most respected think tanks in America. Just days earlier, a series of frightening events took place in the sprawling seaside mansion that houses the organization. One of its most distinguished doctors began acting erratically--violently attacking an assistant in the mansion's opulent library and, moments later, killing himself in a truly shocking fashion. Terrified by the incident and the bizarre evidence left behind, the group hires Logan to investigate--discreetly--what drove this erudite man to madness. His work leads him to an unexpected find. In a long-dormant wing of the estate, Logan uncovers an ingeniously hidden secret room, concealed and apparently untouched for decades. The room is a time capsule, filled with eerie and obscure scientific equipment that points to a top secret project long thought destroyed, known only as "Project S." Ultimately, the truth of what Project S was . . . and what has happened in that room . . . will put Logan in the path of a completely unexpected danger. One of his most thrilling novels to date, The Forgotten Room is replete with veiled, fascinating history, and all the exhilarating action and science that are the hallmarks of a Lincoln Child blockbuster.From the Hardcover edition.
Also in This Series 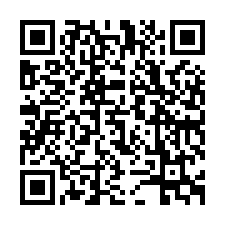