Description
In Daniel Palmer’s electrifying, brilliantly plotted new thriller, a private school campus becomes a battleground as a desperate father takes on a terrifying enemy….When Jake Dent’s dreams of baseball glory fell apart in a drunk-driving incident, his marriage did too. In those dark days, a popular survivalist blog helped to restore Jake’s sense of control. He’s become an avid Doomsday Prepper, raising his diabetic son, Andy, to be ready for any sudden catastrophe.Andy, now a student at the prestigious Pepperell Academy where Jake works as a custodian, has a secret—he’s part of a computer club that redistributes money from the obscenely wealthy to the needy. Usually, their targets don’t even realize they’ve been hacked. But this time, they’ve stolen from the wrong people: a vicious drug cartel that is coming to get its money back…Staging a chemical truck spill as a distraction, the cartel infiltrates the Academy, taking Andy and his friends hostage one by one. Jake, hidden inside the school’s abandoned tunnels, knows that soon the killing will start. With his training, and a stockpile of weapons and supplies, he’s the last, best hope these students—including his son—have of getting out alive. But survival is no longer an abstract concept. It’s a violent, brutal struggle that will test Jake to the limit, where there are no rules and no second chances…“This breakneck edge-of-your-seat thrill ride from Palmer (Desperate) falls just short of perfect.” –Publishers Weekly

“This nail-biting tale is sure to get hearts pumping and bound to be a winner with fans of Greg Iles and Iris Johansen.” –Library Journal, Starred Review

“Readers will care about everyone, and grimace and sweat with every tense scene. Palmer’s thrillers involving family dynamics are terrific, and this one is no exception.” –RT Book Reviews 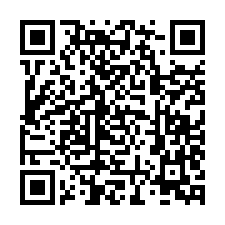