Description
With each new novel, Anne Perry adds striking dimensions to the architecture of her fiction, building with inspired imagination a many-layered world of rich and poor, nobility and degradation. "She lifts the lace curtain from Victorian society," Sharyn McCrumb has said, "to reveal its shocking secrets." Like her last William Monk novel, this one brilliantly evokes England's nineteenth-century legal justice system and builds to a heart-stopping courtroom drama.In a sunny garden, in a pleasant London suburb, a young woman is brutally raped. In a London hospital, another young woman, a talented nurse who had been one of Florence Nightingale's angels of mercy in the Crimean War, meets a sudden, fearful death by strangulation.William Monk, no longer a policeman but a private inquiry agent, is engaged to investigate these horrific crimes. The first is readily, if tragically, resolved. The murder of Nurse Prudence Barrymore, however, presents greater difficulties. Even the victim's mother agrees that a rebellious young woman who flouts the traditional roles of marriage and motherhood to work in a filthy hospital must expect a bad end. In the brutal squalor of a Victorian hospital, death in any shape, even murder, can be no surprise.But Monk's intuition tells him that Prudence Barrymore's murder is no random stroke of violence by a madman.Greatly helped by Hester Latterly, a nurse who knew Prudence on the battlefield, Monk assembles the portrait of a remarkable woman. He also discerns the shadow of a tragic evil that darkens every level of society, and a frightening glimmer of his own eclipsed past. It all leads Monk, and the reader, to a denouement that ranks with Anne Perry's best, as a packed audience waits breathlessly in the Old Bailey for the outcome of a sensational trial.
Also in This Series 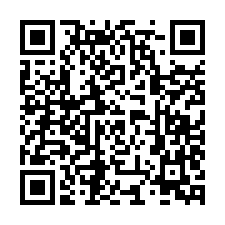