The lesson of her death »

The lesson of her death

Description
Detective Bill Corde gazes down at the demure body in a bed of muddied hyacinths beside a gloomy lagoon, unaware that he is about to plunge into fears as dark and dense as the waters of Blackfoot Pond.As rumors of a crazed serial "moon killer" scorch the no longer serene Midwestern campus, Corde uncovers shocking secrets about the victim's sexual encounters with students and faculty. Exposing these lurid vignettes from the underside of college life could tear apart the seemingly placid surface of the academic community, revealing scenarios of sinister ambition, intrigue, and corruption.While he races to prevent another death before the full moon, Corde's public and private lives cruelly collide. The murderer has focused on the cop's family and leads them into an isolated world of terror from which there is no escape. Helplessly, Corde watches his guilt-haunted wife and troubled teenage son become entangled in a brilliant madman's malevolent trap. But it is Corde's learning-impaired daughter, Sarah, who is in the greatest danger - she alone may hold the key to the identity of the killer.
Also in This Series 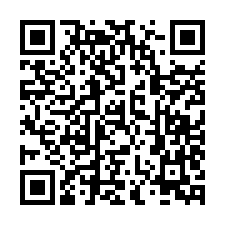