Description
Set in the Kaw River Valley where Paretsky grew up, Bleeding Kansas is the story of the Schapens and the Grelliers, two farm families whose histories have been entwined since the 1850s, when their ancestors settled the valley as antislavery emigrants.

Today, the Schapen family, terrified by the lawlessness of the 1970s-when Lawrence was the most violent college town in the nation-has turned to that old- time religion for security. The Schapens keep a close eye on all their neighbors, most especially the Grelliers. They maintain careful track of everyone's misdeeds, printing the most egregious on their family website. When Gina Haring, a Wiccan, moves into an empty farmhouse and starts practicing pagan rites, the family members are so outraged that they begin an active harassment campaign against the Wiccans.

The Schapens worry, too, about who stands better with the Lord: their family or the Grelliers. When a Schapen cow gives birth to what may be a "Perfect Red Heifer"-needed if the temple is ever rebuilt in Jerusalem-the Schapens feel convinced that God is indeed smiling on them.

Despite parental cautions, the Grelliers' teenagers are enraged by the Schapens. All their short lives, they and the young Schapens have fought. One particularly angry confrontation causes Chip Grellier to be expelled from school and consequentlyto join the army. Chip's death in Iraq is the catalyzing event for momentous changes in the lives of not only both the Schapens and the Grelliers but of all the families in the valley. The powerful, climactic scene at Gina Haring's Samhain bonfire will forever haunt the reader. 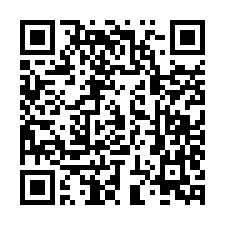