"M" is for malice: a Kinsey Millhone novel

Brace yourself for an "ELECTRIFYING and THOROUGHLY SATISFYING" read (Publishers Weekly) from #1 New York Times bestselling author Sue GraftonM is for MONEY…Malek Construction is a mega-million-dollar company that grew out of modest soil to become one of the big three in California construction—and one of the few still in family hands. Today, the three Malek sons stand to inherit a fortune, but in order for any one of them to claim his share, the missing fourth brother must be found.M is for MISSING…Now it's up to Kinsey Millhone to find the man who, eighteen years ago, vanished without a trace. Did he run away—or was he abducted? Did he intend to make something of himself on his own, apart from the wealth and prowess of his family, or were his motives something more sinister?M is for MALICEThe ties that bind. The rivalries of brotherhood. The fall of an empire… As Kinsey tries to unravel the mystery of the missing Malek brother she finds herself in a heart-stopping race against time in which loyalties are tested, greed is rampant, and no one—including Kinsey herself—is safe…"A" Is for Alibi"B" Is for Burglar"C" Is for Corpse"D" Is for Deadbeat"E" Is for Evidence"F" Is for Fugitive"G" Is for Gumshoe"H" Is for Homicide"I" Is for Innocent"J" Is for Judgment"K" Is for Killer"L" is for Lawless"M" Is for Malice"N" Is for Noose"O" Is for Outlaw"P" Is for Peril "Q" Is for Quarry"R" Is for Ricochet "S" Is for Silence "T" Is for Trespass"U" Is for Undertow "V" Is for Vengeance "W" Is for Wasted "X" 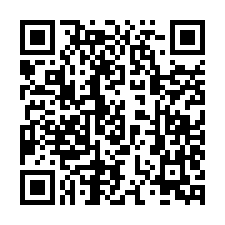