Description
"You may rape the bride…" David and Jill Wade wanted a properly traditional start to their marriage. For openers, they decided to delay its consummation until after the ceremony. They planned a perfect honeymoon at a secluded lakeside resort in Pennsylvania's Pocono Mountains. Joe Carroll, the guest in the cabin next door, seemed friendly enough. They took his dinner suggestion, then returned to their cabin and prepared to retire-until a noise alerted them, and they went to the porch and watched a group of men descend on Joe Carroll's cabin. They dragged him out at gunpoint, then executed him in cold blood. And Jill screamed… The men heard her, rushed the Wade's cabin. They took their turns with Jill. Then they left. And the newlyweds barely considered reporting the violation to the police. Instead, with only a name and a few bare clues to steer them, they hunted down the men who'd done the awful deed and the crime boss who'd given them their orders. DEADLY HONEYMOON was Lawrence Block's first hardcover novel. It's a powerful tale of revenge, and of a man and woman far more closely bound by their shared mission than they would have been by a more ordinary honeymoon. THE CLASSIC CRIME LIBRARY brings together Lawrence Block's early crime novels, reformatted and with new uniform cover art. This second volume in the series contains as a bonus the first chapter of COWARD'S KISS.
Also in This Series 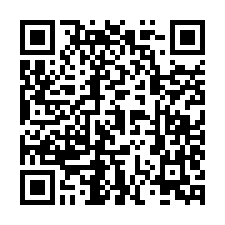