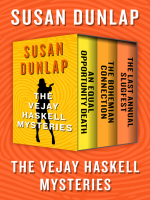 Description
A special three-in-one edition of Susan Dunlap's Vejay Haskell Mysteries, about an intrepid meter reader who solves the crimes that the police can't crack
In An Equal Opportunity Death, Vejay Haskell is playing hooky from her job as an electric-meter reader in Henderson, California. She skirts around the edge of town, making her way to Frank's Place, a cozy saloon owned by her friend Frank Goulet. After two cups of hot buttered rum, they have an argument and she storms out into the pouring rain. But by the time she gets back to Frank's bar to apologize, he is dead. Vejay was seen leaving Frank's house in a huff, and her lack of an alibi combined with her suspicious sick day make her the number-one suspect. As the police close in on her, Vejay turns detective in search of Frank's real killer. It's a perilous task, but she has one advantage when she puts on her work clothes: Nobody ever notices the meter reader.
In The Bohemian Connection, a clique of powerful conservatives called the Bohemian Club gathers for a confidential meeting in the backwoods town of Henderson, California. Though their activities are shrouded in secrecy, Henderson meter reader Vejay Haskell is about to get an all-too-close inside look. Searching the countryside for a coworker's missing niece, she finds the beautiful gymnast lying dead in the bottom of a sewer drain. The sheriff calls it an accident, but Vejay suspects the girl's death was connected to the Bohemian Club's unquenchable desire for drugs, booze, and prostitutes. Finding the killer will mean going head to head with the nation's fiercest politicians.
And in The Last Annual Slugfest, it's time for Henderson's regional festival honoring the normally detested California banana slug. Rather than eat crow, the area's local politicians atone for their sins by eating slug hot dogs, slug chili, and slug pie. This year, one dish will prove murderously foul. Edwina Henderson is the last of her family to live in the town that bears their name. A committed environmentalist, she is also the woman responsible for this year's slugfest, and will take her place at the judge's table. When a slug pizza knocks her flat, the crowd assumes it was just an especially gross slice. But when she doesn't get up, meter reader Vejay Haskell must confront the devious murder of the town's leading treehugger.
Also in This Series 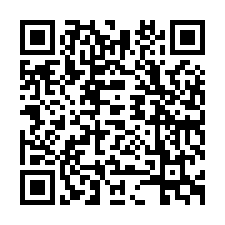