Don't Die Under the Apple Tree »

Don't Die Under the Apple Tree 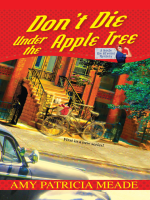 Description
Life is definitely not easy for 32-year old Rosie O'Doyle Keefe, but she can handle working in New York City's World War II shipyards--until her foreman winds up dead--right after she rebuffed his "requirements" for a promotion. . .

Never one to sit back and hope for the best, Rosie discovers that everyone who knew the foreman had good reasons to kill him off. She also finds that she has a surprise ally in the darkly handsome police lieutenant Jack Riordan. But Jack also has to produce a viable suspect for his captain in five days--even if it has to be Rosie. . .

Before long, the mystery spirals onto the streets of wartime New York. With the clock ticking and her freedom on the line, Rosie and Lieutenant Riordan will need to join forces to find the truth and catch the now very desperate killer. . .who may be much closer then they think!

Raves for the novels of Amy Patricia Meade

"If only Katharine Hepburn, Cary Grant, and Jimmy Stewart were still alive. They would be fabulous in the movie version. . .Meade's kickoff mystery is a winner." --Booklist on Million Dollar Baby

"Nary a dull moment." --Publishers Weekly on Black Moonlight

Amy Patricia Meade is the author of the The Marjorie McClelland Mysteries, published by Midnight Ink, including such titles as Black Moonlight, Shadow Waltz, and Ghost of a Chance. She is a member of Sisters in Crime and Mystery Writers of America. She grew up watching black-and-white movies from the World War II period, especially anything with the Andrews Sisters. Amy lives in Vermont with her husband and their two cats.
Also in This Series 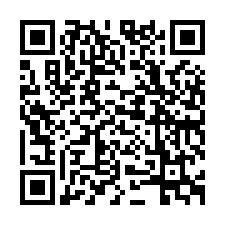