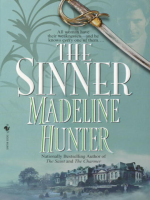 Description
Filled with seduction, suspense, and passionate love, Madeline Hunter’s bestselling novels have captivated readers everywhere. Now she introduces fans to one of her most thrilling heroes yet—“the Sinner”—in an irresistible tale of a sensual bargain so dangerously provocative, it could tempt the devil himself . . .

Wearing nothing but a man’s nightshirt, Fleur Monley wakes to find herself in the bed of England’s most charming and reckless libertine. But it was a stray gunshot, not passion, that put her at the mercy of a man as infamously handsome as he is famously talented in the arts of love. Believing herself immune to any seduction, Fleur thinks herself perfectly safe to proffer an arrangement no ordinary woman would dare make: half her fortune for the freedom she would gain by being his wife—in name only. Desperately in need of funds, Dante Duclaire could do worse than the “white marriage” proposed by this idealistic beauty too naïve to know the danger she is in. But the rashest thing he’s ever done is to tell himself he’ll be able to resist the invitation to sin that this sensuous innocent would arouse at every turn—or that he’ll be able to protect her from both the ruthless enemies that seek her ruin . . . and his own dangerous desire.
Also in This Series 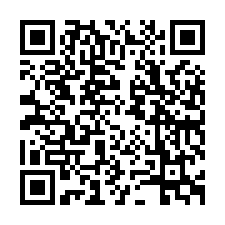