The Bounty: The True Story of the Mutiny on the Bounty 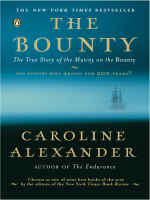 Description
Just before sunrise on the morning of April 28, 1789, in the far reaches of the South Pacific. Master's Mate Fletcher Christian and three other men, armed with cutlasses, bayonets and a musket, apprehended Lieutenant William Bligh and placed him and eighteen officers and crewmen in a small boat. This mutiny on board His Majesty's armed transport Bounty impelled every man on a fateful course - Bligh and his loyalists on a historic boat voyage. Christian and his followers on their restless exile. Bligh himself returned to Britain as a hero, but that was not his final destiny. Ten of the Bounty's crew were eventually captured in Tahiti and brought back to England in irons to face their day in court and it was in the dynamics and politics of their court-martial and its aftermath that the story we know - or think we know - as the mutiny on the Bounty was shaped.
The facts of the mutiny itself are told in Admiralty records, but for the truth behind the story Alexander has ranged further, gleaning details from the wills, diaries and correspondence of figures not obviously connected to the events, from obscure news items and from the biographies and family pedigrees of seemingly minor players. She casts a radical new light on the events, on Bligh's character and on a welter of family connections and special interests that play crucial roles at different moments in the story. Using contemporary accounts, and particularly the mutineers' own testimony, she allows the men themselves to conjure the events and transport the reader back to the deck of the Bounty, to exotic islands in the South Pacific and to the back rooms of British naval power. Only when we look at the whole story, from before the Bounty left England until well after the death of the last participant, do we understand what happened and why.
Also in This Series 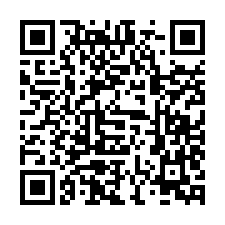