Roots-Thirtieth Anniversary Edition: The Saga of an American Family 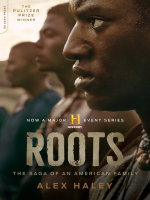 Description
The 30th Anniversary Edition of the book that galvanized the nation and created an extraordinary political, racial, social and cultural dialogue
Also in This Series 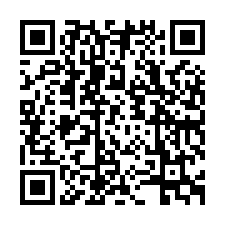 accelerated_reader_point_value
0
accelerated_reader_reading_level
0
author
Haley, Alex
author_display
Haley, Alex
available_at_addison
Online OverDrive Collection
detailed_location_addison
Online OverDrive Collection
display_description
One of the most important books and television series ever to appear, Roots, galvanized the nation, and created an extraordinary political, racial, social and cultural dialogue that hadn’t been seen since the publication of Uncle Tom’s Cabin. The book sold over one million copies in the first year, and the miniseries was watched by an astonishing 130 million people. It also won both the Pulitzer Prize and the National Book Award. Roots opened up the minds of Americans of all colors and faiths to one of the darkest and most painful parts of America’s past.

Over the years, both Roots and Alex Haley have attracted controversy, which comes with the territory for trailblazing, iconic books, particularly on the topic of race. Some of the criticism results from whether Roots is fact or fiction and whether Alex Haley confused these two issues, a subject he addresses directly in the book. There is also the fact that Haley was sued for plagiarism when it was discovered that several dozen paragraphs in Roots were taken directly from a novel, The African, by Harold Courlander, who ultimately received a substantial financial settlement at the end of the case.

But none of the controversy affects the basic issue. Roots fostered a remarkable dialogue about not just the past, but the then present day 1970s and how America had fared since the days portrayed in Roots. Vanguard Press feels that it is important to publish Roots: The 30th Anniversary Edition to remind the generation that originally read it that there are issues that still need to be discussed and debated, and to introduce to a new and younger generation, a book that will help them understand, perhaps for the first time, the reality of what took place during the time of Roots.
format_addison
eBook
format_category_addison
eBook
id
927b2478-59a5-0e6e-ffed-b620cd72bb07
isbn
9781593154660
last_indexed
2023-02-08T10:29:23.620Z
lexile_score
1330
literary_form
Non Fiction
literary_form_full
Non Fiction
local_callnumber_addison
Online OverDrive
owning_library_addison
Addison Public Library Online
owning_location_addison
Online OverDrive Collection
primary_isbn
9781593154660
publishDate
2007
publisher
Vanguard Press
recordtype
grouped_work
title_display
Roots-Thirtieth Anniversary Edition The Saga of an American Family
title_full
Roots-Thirtieth Anniversary Edition The Saga of an American Family
title_short
Roots-Thirtieth Anniversary Edition
title_sub
The Saga of an American Family
topic_facet
Biography & Autobiography
Nonfiction