If looks could kill »

If looks could kill

Description
Bailey's in bed with her commitment-challenged lover K. C. when she gets a frantic call from her high-maintenance boss at Gloss magazine. Grabbing coffee and a cab outside her Greenwich Village apartment - the consolation prize in her divorce settlement - Bailey reluctantly heads uptown. At Cat Jones's Upper East Side town house, she finds something that seriously clashes with the chic decor: the dead body of the family's live-in nanny.
As Bailey - unofficially - delves into the murdered girl's past, she finds no shortage of A-list suspects. But when a startling discovery suggests that Cat may have been the intended victim, Bailey is suddenly up to her bed head in a high-profile investigation that's perfect fodder for a tabloid headline: Is someone trying to kill the editor of women's magazines?
With the spotlight on New York's glitzy media world, Bailey interviews back-stabbing editors, straying husbands, and one sexy, six-feet-two psychologist who could make her decide to kick K. C. to the curb. Sporting her pair of red slingbacks and armed with the investigative skills she's honed as a true crime reporter, she sets out on a search that takes her from Manhattan's exclusive Carnegie Hill area - the nanny heartland of America - to the ritzy weekend estates of Pennsylvania and Connecticut. Bailey will need all her street smarts and some lightning-fast detective work to catch a killer who could end up deleting her name from the masthead for good.
Also in This Series 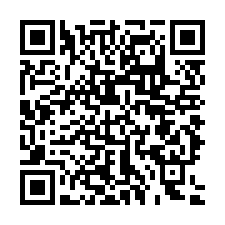