Emily Windsnap and the... »

Emily Windsnap and the monster from the deep

Description
An enchanting tale with a fabulous monster, engaging characters, plenty of mermaid magic, and a page-turning story, Liz Kessler's new middle-grade fantasy has all the charm and warmth of its predecessor, THE TAIL OF EMILY WINDSNAP.

Picture an island set in a glittering blue sea, sparkling with white sand and palm trees, a secret place where humans and merfolk live together and where a girl who grows a mermaid's tail when she enters the water is not considered a problem. To Emily Windsnap - half mermaid, half human - her new home is perfect. That is, until Emily ruins everything by waking a legendary sea monster known as the Kraken from its hundred-year sleep. As the Kraken rises from the deep, putting the future of the islanders in jeopardy, Emily makes a desperate attempt to save them. But how could she have dreamed that her best friend, Shona, would stop talking to her, or that Mandy Rushton, her old enemy from junior high, would turn up when least expected?
Also in This Series 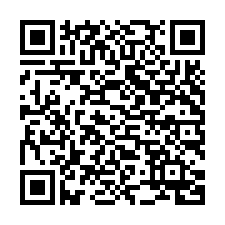