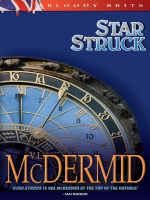 A Simple Tale is the moving account of Maria Poniatowski, an aging Ukrainian woman who was taken by the Germans for slave labor and eventually relocated to Canada as a displaced person. She struggles to provide her son, Radek, with every opportunity, but his eventual success increases the gulf between him and his mother.

What of the past is she to preserve, and how to avoid letting the weight of that past burden the present?

Maria's story is about the moments of connection and isolation that are common to us all.

The Hunters, the second novella, is narrated by an American academic spending a summer in London who grows obsessed with the neighbors downstairs. Ridley Wandor, a plump and insipid caretaker of the elderly, lives with her ever-unseen mother and a horde of pet rabbits she calls "the hunters". While the narrator researches a book about death, all of Ridley Wandor's patients are dying.

Loneliness breeds an active imagination. Is having such an imagination always destructive? Or can it be strong enough to create a new reality?

Far-flung settings and universal themes give a sweeping appeal to Claire Messud's work. 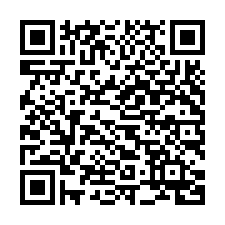 "There is no one in contemporary crime fiction who has managed to combine the visceral and the humane as well as Val McDermid. . . . She's the best."—The New York Times Book Review

"McDermid has a sharp ear for the dialogue and intrinsic humor of the Manchester dialect. . . . She manages, as always, to combine her wit and exuberant writing with a careful and clever plot and oodles of perceptive social observation."—The Times (London)

Bodyguarding had never made it to Manchester PI Kate Brannigan's wish list. But somebody's got to pay the bills at Brannigan & Co., and if the only earner on offer is playing nursemaid to a paranoid soap star, the fast-talking, computer-loving, white-collar-crime expert has to swallow her pride and slip into something more glam than her Thai-boxing kit.

Soon, however, offstage dramas overshadow the fictional storylines, culminating in the unscripted murder of the self-styled "Seer to the Stars," and Kate finds herself with more questions than answers. What's more, her tame hacker has found virtual love, her process server keeps getting arrested, and the ever-reliable Dennis has had the temerity to get himself charged with murder.