Cynthia Riggs draws from a lifetime's intimacy with fabled Martha's Vineyard and its people to create an irresistible series filled with murder and a unique atmosphere.

When Colley Jameson, the unpopular, egocentric editor of the Island Enquirer abruptly cancels Victoria Trumbull's weekly column, the ninety-two-year-old Martha's Vineyard native takes her reporting skills to the competition and immediately outscoops the Enquirer-with a murder story. Body parts of a local man wash up at two separate locations, and an investigation reveals that he was having an affair with a woman who is fatally poisoned-and just happens to be one of Jameson's ex-wives. A third victim connected to the newspaperman coincides with a series of fake obituaries detailing the ruthless editor's own demise. Certain she's the only person on the island with enough insight to save his skin-and his newspaper-Colley tells Victoria to name her price, before a killer terminates his career ... permanently.

Served by her in-depth knowledge of the island, her sharp wit, and her indomitable drive, the sheriff's deputy is on the trail again: bunions, lilac-bough cane, and all. 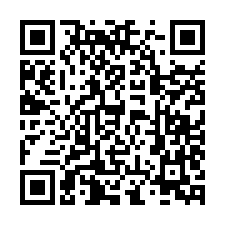