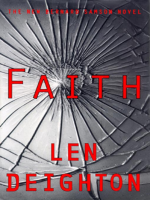 Prime minister of the political thriller, Len Deighton is back in top form with the first of a new trilogy in the continuing saga of Bernard Samson, the intrepid, insolent, and enigmatic agent of Deighton's blockbuster series: the Game, Set, and Match and Hook, Line, and Sinker trilogies.

In Faith, Samson is beset. After her years on the "other side," his wife, Fiona, is finally back in his life. But the cool and sophisticated Fiona can't help but know about the affair with Gloria, an attractive coworker half Bernard's age. And she's not taking it well. His children have been grabbed by his arrogant father-in-law. His boss, Dicky, warns that Bernard's job is on the line the same line that will get Dicky a promotion.

And Bernard has other troubles, like his secret orders to leave California for the grim streets of Magdeburg, where, hours after his arrival, he finds himself in a shootout with Stasi agents on a dark country road-another airtight mission down the drain. At the time of darkest danger, Bernard needs his best friend, Werner, but Werner is exiled and in disgrace. 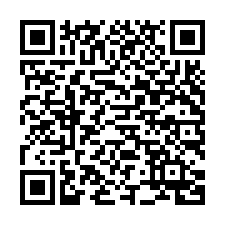