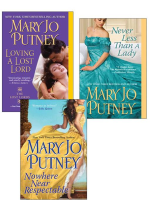 He's a bastard and a gambler and society's favorite reprobate. But to Lady Kiri Lawford he's a hero-braver than the smugglers he rescues her from, more honorable than any lord she's ever met, and far more attractive than any man has a right to be. How can she not fall in love...?

But Damian Mackenzie has secrets that leave no room in his life for courting high-born young ladies-especially not the sister of one of his oldest friends. Yet when Kiri's quick thinking reveals a deadly threat to England's crown, Damian learns that she is nowhere near as prim and respectable as he first assumed...and the lady is far more alluring than any man can resist...

Praise for Loving a Lost Lord

"Romance at its best!" -Julia Quinn

In the first of a dazzling series, Mary Jo Putney introduces the Lost Lords—maverick childhood friends with a flair for defying convention. Each is about to discover the woman who is his perfect match—but perfection doesn't come easily, even for the noble Duke of Ashton. . .

Battered by the sea, Adam remembers nothing of his past, his ducal rank, nor of the shipwreck that almost claimed his life. However, he's delighted to hear that the golden-haired vision tending his wounds is his wife. Mariah's name and face may not be familiar, but her touch, her warmth, feel deliciously right. . .

When Mariah Clarke prayed for a way to deter a bullying suitor, she didn't imagine she'd find the answer washed ashore on a desolate beach. Convincing Adam that he is her husband is surprisingly easy. Resisting the temptation to act his wife, in every way, will prove anything but. And now a passion begun in fantasy has become dangerously real—and completely irresistible. . .

"Gentle humor, exotic elements, compelling, flawless prose, and irresistible characters caught in a sweet, sensual dilemma will leave readers smiling, breathless, and anxiously awaiting the next adventure in Putney's new "Lost Lords" series. Readers. . .are in for a rare treat; fortunately, there are more delicacies to come! Putney writes some of the most sensitive, exquisite historicals in the field." —Library Journal (starred review)

"If you loved the Fallen Angels, you'll adore the Lost Lords: men who formed unbreakable bonds while at a school for boys of "good birth and bad behavior." Only the incomparable Putney could bring them to life and have readers yearning to be close to such dynamic heroes and the women who tame them." —Romantic Times (4 ½ stars)

New York Times bestselling author Mary Jo Putney continues her stunning Lost Lords series with this stirring, sensual story of a rebellious nobleman drawn to a lovely widow with a shocking past.

As the sole remaining heir to the Earl of Daventry, Alexander Randall knows his duty: find a wife and sire a son of his own... 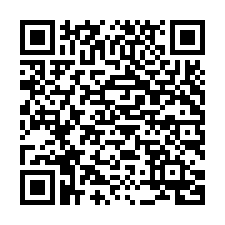