Description
The First Selena Alvarez/Regan Pescoli Novel!Nothing's More Terrifying. . .One by one, the victims are carefully captured, toyed with, then subjected to a slow and agonizing death. Piece by piece, his exquisite plan takes shape. The police can't yet see the beauty in his work--but soon, very soon, they will. . .Than Being Left Alone. . .In the lonely woods around Grizzly Point, Montana, four bodies have been discovered. Detectives Selena Alvarez and Regan Pescoli have been hoping for a career-making case, but this is a nightmare. Even with the FBI involved, Selena and Regan have nothing to go on but a killer's cryptic notes, and the unsettling knowledge that there is much worse to come. . .To Die. . .When Jillian Rivers opens her eyes, she's trapped in a mangled car. Then a stranger, claiming to be a trail guide named Zane McGregor, pries her free. Though she's grateful, something about him sets Jillian on edge. And if she knew what lay out there in the woods of Montana, she'd be truly terrified. Because someone is waiting. . .watching. . .poised to strike and make Jillian the next victim. . .
Also in This Series 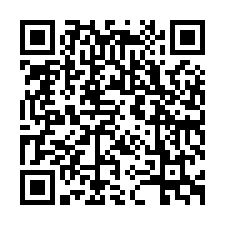