Description
“Where the hell is Britt Montero?” So says Sgt. Craig Burch of Miami’s Cold Case Squad in the new novel, LOVE KILLS. So have fans been wondering since reporter Britt vanished after her lover, homicide cop Kendall McDonald, was killed three books ago in The Ice Maiden.

When a bulldozer in the Everglades unearths the skull of an infamous kidnapper, the Cold Case Squad is brought in to investigate. Britt was the last person to see him alive, and the detectives have questions only she can answer. On a remote desert island where she has sought solace, Montero finds a camera on an isolated beach. The film inside yields photos of a happy young couple on their honeymoon. Soon after, Britt is shocked to learn the newlyweds were lost at sea.

When only the groom is rescued, the connection between the reporter and the new widower astonishes her–and Britt is even more astonished when she finds out the truth. Britt finds herself desperate and in danger, and only one person can help–Cold Case Squad Lt. K. C. Riley, McDonald’s childhood sweetheart. The two women must confront their differences in order to survive and to protect the life of someone they both care about deeply.
Also in This Series 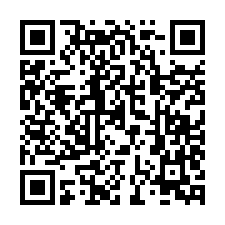 On a Caribbean island, crime reporter Britt Montero recovers from the heartbreak of her lover's death to solve the mystery of the Honeymoon Killer while helping the Cold Case Squad find a killer of their own. In between she will have to brave the dark waters of the heart and put old hurts behind her. A Pulitzer Prize-winning crime reporter, Edna Buchanan is renowned for delivering top-notch suspense, and her fans will cheer for the return of their favorite heroine in "a series that never fails to please." (Publishers Weekly)